Advanced Technology
For Your Comfort 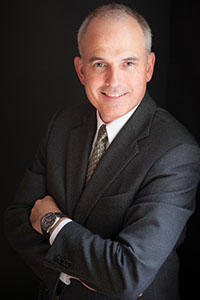 Dr. Hoffmann received his DMD from the University of Pittsburgh School of Dental Medicine in 1985, having also received his BS from the same university. After practicing as a general dentist in central Massachusetts while his wife finished her graduate work, he entered a residency program in prosthodontics at Virginia Commonwealth University School of Dentistry. Upon completion of his residency, Dr. Hoffmann was asked to join the faculty in the Department of Prosthodontics at MCV. He spent 10 years at MCV, two years as a full-time assistant professor and the rest as a part-time assistant clinical professor in the undergraduate, Advanced Education General Dentistry and Graduate Prosthodontics departments. He twice received the Clinical Instructor of the Year award while teaching at MCV. He also maintained a private practice limited to prosthodontics in Williamsburg, Virginia, during his eight years as a part-time professor.

In 1998, an opportunity was presented to Dr. Hoffmann to join an established prosthodontic practice in Charlotte under the ownership of Dr. Robert A. Rucho. Partnership was established in 2001 as Robert A. Rucho, DDS, and Ralph M. Hoffmann, DMD, P.A. As of today, the office has evolved into Prosthodontics of the Carolinas and has been serving the Charlotte area close to 40 years. “Charlotte has been good to us, giving us a challenging level of business. POC-Charlotte is a trademarked patient care model that we will be developing to better serve the prosthodontic patient and the other dental professionals that serve those patients.”

Dr. Hoffmann continued his love of academics, serving as an adjunct clinical professor at UNC School of Dentistry, Department of Graduate Prosthodontics, in Chapel Hill for years. This gave him the opportunity to serve the students, as well as keeping his finger on the cusp of the latest developments in prosthodontics. The UNC prosthodontic graduate program is recognized as one of the finest and most innovative in the country. He has also served as president of the North Carolina section of the ACP.

Dr. Hoffmann and his wife and high school sweetheart, Dianne, are involved parents of four wonderful, adult children. They have many interests shared with their children, but the two of them alone love to cook and share a fine meal together!

We are happy to provide you and your family with quality dentistry in Supply, North Carolina! Dr. Ralph Hoffmann and our team strive to deliver excellent care that uplifts and invigorates your smile for a lifetime. If you are interested in meeting our amazing team, we welcome you to contact Prosthodontists of the Carolinas Southport today at 910-755-7500 and set up an appointment with our prosthodontist. 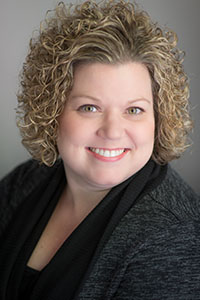 My training to become a Certified Dental Assistant was completed in 1999 at Manatee Technical College in Bradenton, FL. My certification is renewed annually by completing the required continuing education hours and training through the Dental Assistants National Board. As a practice, we emphasize being at the top of our training and certification!

I have been blessed to be a part of Dr. Hoffmann’s practice since 2002. I have multiple roles in the office: Treatment Coordinator, Financial Coordinator, Office Administrator and Certified Dental Assistant. All of these positions allow me to assist patients in mapping the road of optimal dental care and maximizing their financial options. I enjoy working with Dr. Hoffmann because of the compassion and honesty he displays in interactions with our patients and staff.

Being the wife of a police officer, a mother of two daughters and a goldendoodle, my schedule beyond the dental world is also quite busy. I enjoy spending time together as a family, cooking and traveling in my spare time. 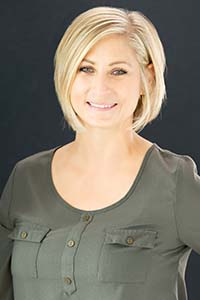 I was born in the beautiful state of Utah. However, I moved to Alabama when I was a young teenager. My dental career began in Birmingham, Alabama, at the Foundry Dental Center. I was fortunate to be a part of a large team of resident and faculty doctors, allowing me the opportunity to learn a vast array of surgical and dental implant procedures. A couple years later, I was ready for a new challenge and decided to move to Charlotte, North Carolina, where I was granted the opportunity to specialize in cosmetic and implant dentistry. I consider myself blessed to have been chosen to work alongside Dr. Hoffmann and his caring team at Prosthodontists of the Carolinas Southport. His passion for dentistry, attention to detail and advanced knowledge is what sets him apart from others. I look forward to many successful years thriving under the teachings of Dr. Hoffmann.

In my spare time, I enjoy being in the great outdoors, hiking, biking, finding new adventures and hugging as many French Bulldogs as I can find. 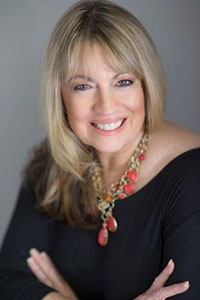 1I grew up in the beautiful Shenandoah Valley of Virginia. Our family moved to Charlotte in 1989, and I raised my children here. I love working with this wonderful and talented group of people. Watching lives transformed by the care and treatment that we strive to provide, and receiving calls from patients who are able to eat their favorite foods again, is such a joy. I value the mission and vision that Dr. Hoffmann has for our patients and employees.

My goal is for our patients to experience the highest level of care that we can provide to them, and to that end, I am here to help. In addition to spending time with my family and friends, I enjoy traveling, entertaining and hiking. 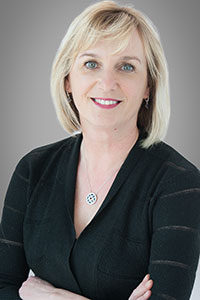 I was born and raised in Sofia, Bulgaria. In 1991, my family moved to Michigan, where I pursued a career as a dental assistant. In 2016, my husband and I relocated to Charlotte to be near my daughter and son-in-law. Looking to continue working in a career I enjoy, I was very excited to join Dr. Hoffmann’s wonderful team and be part of a very professional, caring, patient oriented and highly skilled practice.

In my free time, I enjoy spending time with my family and friends, cooking, traveling, and doing yoga. 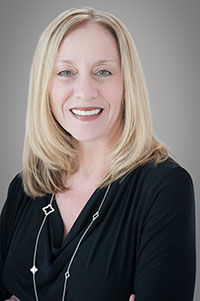 I graduated from CPCC’s dental assisting program, which included a rotation with Dr. Hoffmann, in 2000. I started my career in pediatric dentistry but then had the opportunity to work for a wonderful endodontist for 12 years until he retired. I then moved into oral surgery for five years. I am very happy to be back with Dr. Hoffmann. His care, compassion, honesty and perfection displayed towards the patients and our team are truly genuine and rewarding.

Outside of the office, I am a busy wife, mom of a son, daughter and two bonus daughters, and a doggie mom to a Chocolate Lab named Brody and a Goldendoodle named Bentley.